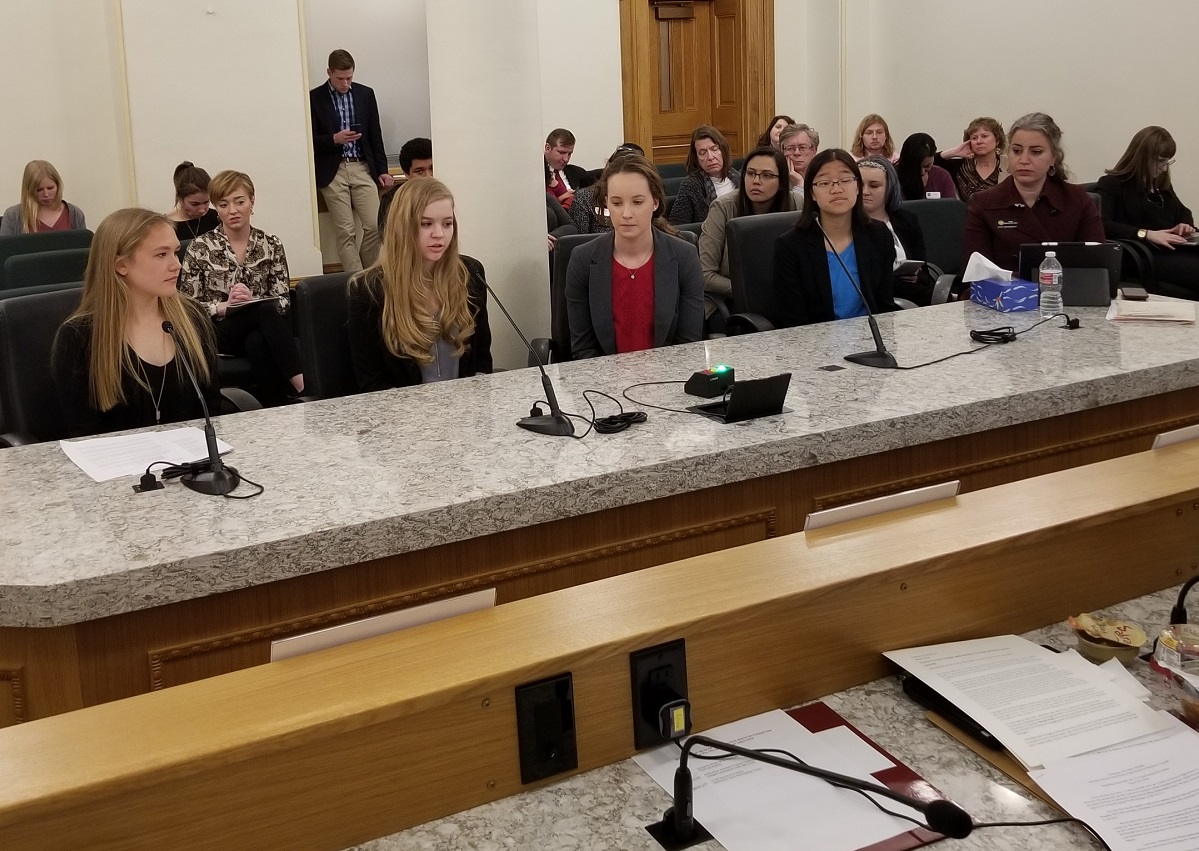 On the very first day of Big Idea Project, we brainstormed. It only took a day or two for us to realize that Big Idea Project was going to be so much more than any class assignment we’d ever experienced. As we bounced ideas off one another, I imagined everything from widening opportunities for women in cybersecurity to supporting victims of high-country wildfires. My classmates talked about improving conditions for Colorado’s elderly population and helping to revive crumbling infrastructure. The avenues for creating meaningful change seemed endless – beyond anything I could have imagined taking on at seventeen. Yet, we each took on the challenge. On the very first day, we each received a small taste of the thrilling boundlessness that Big Idea Project would foster. Everybody was ready for more.

Eventually, the time came to form groups. Teams were created on a project issue basis, not social groups. I must admit, I was less than comfortable. The initial excitement remained, but it had been joined by discomfort – a feeling that stuck around until the final words of our presentation. We were out of our comfort zones in our groups, and in crafting a problem statement. Later, the discomfort came from speaking to adults and preparing a strong presentation. There wasn’t a single aspect of Big Idea Project that came without its own set of challenges, which is precisely why the process resulted in so much positive change.

My own group took on the stigma surrounding poor mental health. Each of us had struggled with our own mental health at some point, and we were quick to share our experiences with one another. We were in an open conversation about some of the most stigmatized mental health issues when our teacher walked over.

“What’s the plan?” We fell silent. A few of us glanced around at one other. How to describe the plan without bringing in our own stories? On the first day, I was quite uncomfortable – even terrified, to discuss my own hardships with anorexia. However, two weeks later, our group shared these stories loud and clear to over 100 audience members, 15 state legislators, and a Channel 7 News camera as we testified for a bill at the state capitol. This is the type of confidence that Big Idea Project brings. This is the sense of duty that makes a step outside of my comfort zone pale in comparison to the gratification of serving others.

Of course, we didn’t make it through every trial so smoothly. Many lessons took months to sink in and will take months more to successfully apply. For myself, that experience had to do with teamwork. When I first heard the phrase “Generous Leadership®,” its selflessness component became overemphasized in my mind. I felt as if it wasn’t right to delegate any task that I could possibly accomplish myself. I managed social media, sent every email, took photographs, and wrote the schedule for our workdays in class, largely unaware of the havoc that my actions were wreaking until about a month into our work.

In one Big Idea Project lesson, we talked about the idea that a Generous Leader is someone who “helps others to be better people who do better work.” I wracked my brain, trying to recall the instances when I had done such a thing, and not one came to mind. I wasn’t helping our videographer by telling her she didn’t need to worry about the photos, that I’d take care of them. I certainly wasn’t helping our organizer by taking event planning entirely into my own hands. I wasn’t helping them to do better work, I was doing their work.

Leading generously, I began to realize, does not mean that one group member “generously” takes care of every task for the rest of the group. Instead, generous leadership is delegating tasks and empowering peers. It is sacrificing individual control for broader success. The realization translated to nearly every aspect of my life. As captain of my soccer team, I’m not helping my new goalkeeper succeed by compensating for the loss in team communication. My little sister will never learn how to make cupcakes if I hover and perform every task of any difficulty for her. Volunteers that I work with will never learn to use our software efficiently if I enter data for them every session.

I’m seventeen; the leadership activities that I’ve engaged in are relatively small-scale endeavors. However, it is my hope that with enough hard work, I will be able to lead greater numbers of people in the pursuit of broader change in the future. If such a development does take place, my former “do-it-all” leadership techniques will be entirely fruitless. Had I made this realization ten or twenty years into my future, it might have been too late. High School is the optimal arena for the type of real-world experience that Big Idea Project brings to the table. We’re old enough for lofty aspirations, but young enough to benefit fully from the guidance and lessons we receive. This is the beauty of Big Idea Project, and a prime example of the unique value it presents.

I entered the project excited, and I would say that I’ve left more than fulfilled – except my work is not done yet. That final grade was just the beginning; a beginning to a future full of networking, fundraising, pitching, and leading, all in the name of generosity. Big Idea Project has allowed all of us to better ourselves while working to better the world around us.