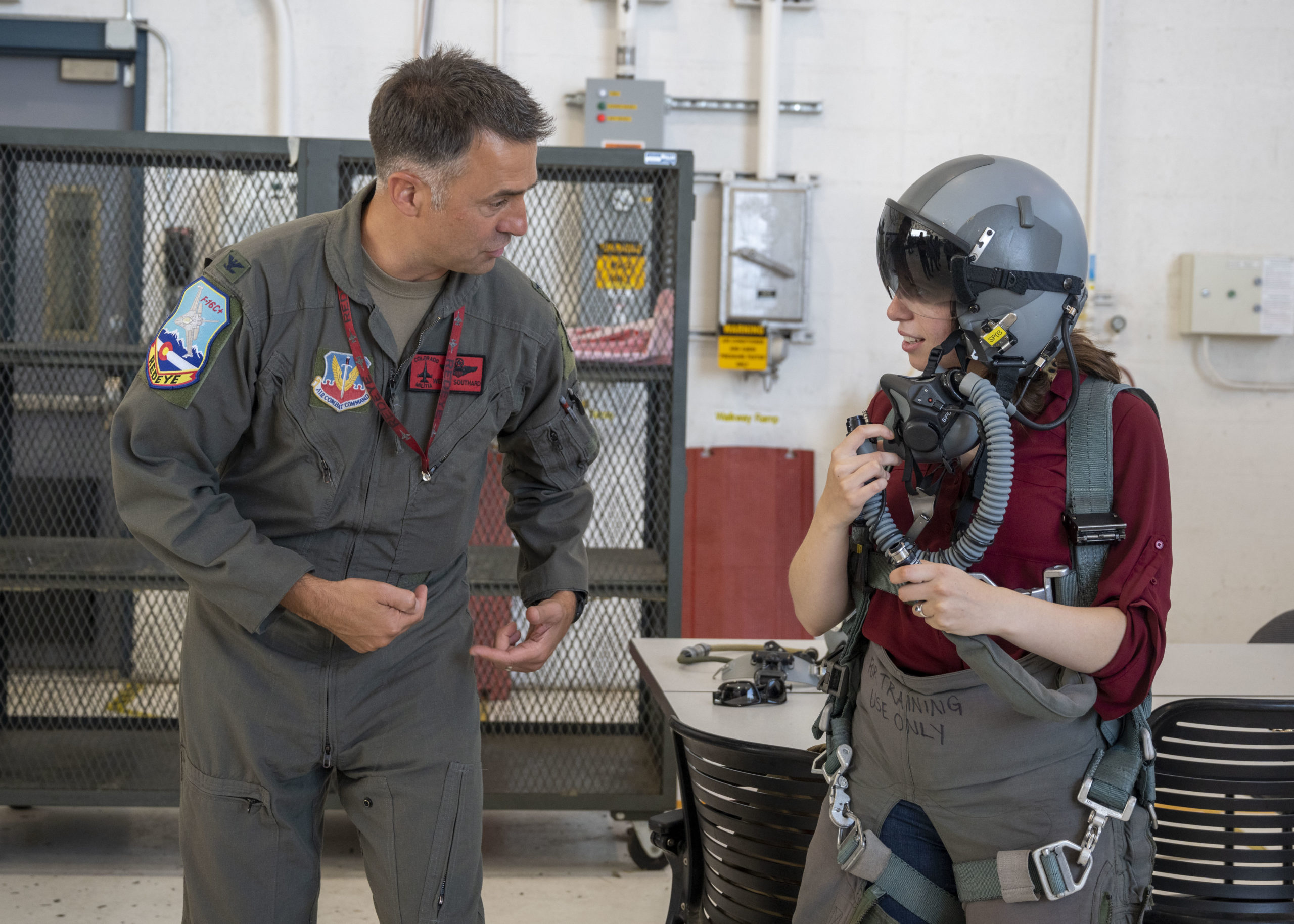 Big Idea Project is limited in our ability to transform students in the classroom. We can teach and guide students to see through the eyes of a Generous Leader, which requires sometimes significant shifts in mindsets and beliefs. But deeper transformation is only made possible when Colorado’s community of leaders come around students to show them what Generous Leadership® in action looks, feels and acts like. Students need living, breathing examples.

For the third year in a row, Big Idea Project award-winning students received the chance of a lifetime to learn from service men and women in the Colorado Air National Guard, 140th Wing.

This year, we were back on base to see the F-16 jets up close. Students felt their bones shake as the jets took off over their heads, they met brave pilots, and took a behind the scenes tour of the planes, equipment and technology. Colonel Southard, Vice Wing Commander of the 140th Wing, and Deputy Commander Pieper of the 140th Mission Support Group, gave their time to sit with the students on the bus, show them the cockpits and hangars and tell stories students will remember forever.

The morning closed with a lunch with the leaders. Students were challenged to share about their Big Idea Projects and ask questions.

The foremost question on a BIP student’s mind and the first one asked over lunch was, “How do you inspire a team to work well together?”

I was moved by Col. Southard’s profound response. “I think time is our most precious resource. As a leader, you show value to your team by offering your time.” He told them that time is the one resource we all have the same amount of, and so when we choose to give some away to another person, it communicates to that person that we highly value them. As he was saying this, we were surrounded by 8-10 high caliber leaders who have tremendous demands on their time. These leaders were abundantly giving over four hours of their day to see these students grow and become better. This is what I mean when I say that students need to be shown how Generous Leadership® looks, feels and acts. The weight of this moment was palpable. I could almost hear the students take a collective gasp. They could see how this sort of leadership changes lives because they were the ones being changed.

We are so grateful to the Colorado Air National Guard for deeply caring about the formation of our future leaders in such a personalized way. They continue to give their time to get to know the names, faces, stories, fears and dreams of BIP students.

And as one with influence, I simply ask you to consider: who can you give your time to today?

Thank you to Improve Group, Matt Proctor and Aimee Zick, and all of the COANG men and women who gave generously to make this experience possible.