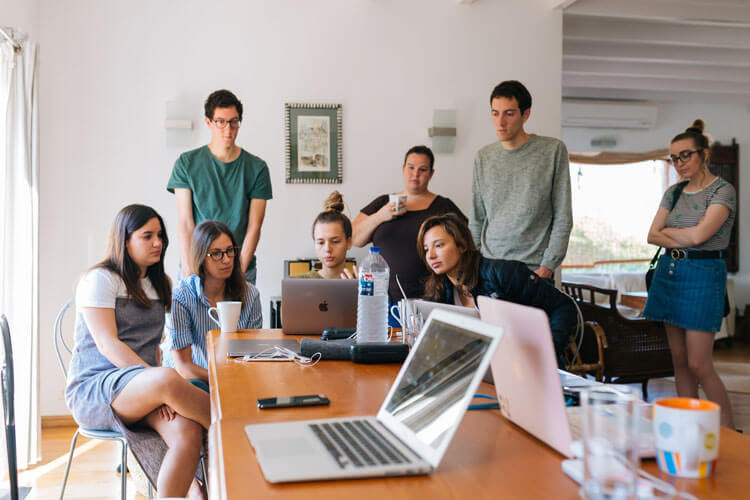 “Children must be taught how to think, not what to think.”  ― Margaret Mead

I attended a gathering last night in Denver. It was held by a group called Colorado Thought Leaders Forum. I’ve attended a few events with this organization. Their tag is “We Value Productive Relationships, Not Transactions.”

They network differently in Denver, CO. In Denver, we gather to talk. To learn about each other. We connect on a deeper level. You don’t just meet people, you learn their why and give them something. In Denver, you give first and then if you receive, that’s just a bonus.

The event was to celebrate their non-profit partner, the Big Idea Project. This organization helps local business people mentor students with “big ideas.”

I think they might be onto something. I was standing with a couple friends. Bob Dodge, a friend and business coach and Kevin Crowder a local business development guru for a company called “Improve Group” when a young man, part of the Big Idea Project approached us and said: “I’d like to share my story”. Cody was a young man, sharply dressed, well-spoken, and an ambassador for Big Idea.

We held a prom where mentors brought their friends, we had about 200 people show up. It was a celebration of all people. Our special needs folks, mentors and people from the school. It was an amazing experience.”

We chatted with Cody, whom I’m confident is going to be a future leader of something.

I want to encourage you to review the work of Big Idea Project and CTLF. Does your community have something like these groups?

My thought as I stood there last night was that we could use a “Big Idea” in Indiana. I’m going to reach out to a friend from CTLF and see what a sharing of the program and resources to a school or two might look like. What schools do you know who could use some development of generous leaders?

They give in Denver. They give and give, and then give again. I should point out the event last night was a fundraiser for Big Idea. A few cocktails were served, auction items were offered, but there was an electric energy in that room last night. People connecting for a reason. People connecting to something bigger than themselves or their businesses.

I’m off to change the world. Join me won’t you? But first, check out Big Idea Project and CTLF and be a change agent in your community!