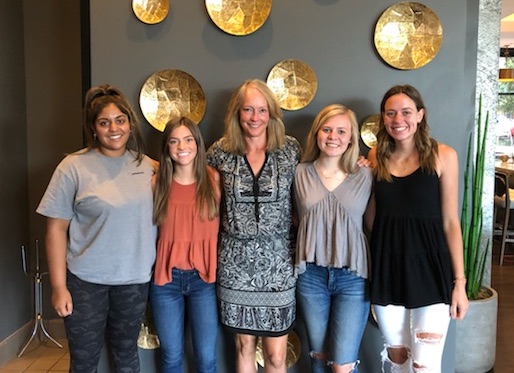 Earlier this year, four students from Arapahoe High School decided to take on the challenge of addressing youth suicide in their community. These students, like so many others in Colorado, had experienced first-hand the tragedy of losing peers within their student body to suicide, so they decided to step in and do something about it.

After learning that 40% of youth suicides are preceded by conflict with parents, these four young women decided to investigate what prevents youth from feeling close to their parents and what can be done to improve their relationship.

They reached out to their BIP mentor’s personal friend, Kerry Stutzman, a family therapist. From their interview, they developed a survey they distributed to peers, and compiled their peers’ insights into a video that Kerry shared with many of her clients who are parents.

As she recounted this story to me, Kerry expressed that so many parents want to know how to keep their teens talking to them but don’t know how to make that happen. The insights these four girls collected from their peers finally provided some answers for parents, but their impact didn’t stop there…

This Big Idea Project team’s simple (but significant) idea inspired Kerry to launch a full research study on ways to strengthen family relationships and in turn reduce youth suicide. Recognizing that the best people to research youth are youth themselves, Kerry hired the four BIP Arapahoe students to partner with her as research interns for the summer.

The team worked to develop focus groups, youth and parent surveys, and resources for families looking to improve their relationships, and the four BIP alums ran the focus groups themselves (an impressive accomplishment for recent high school graduates). Kerry ended by saying, “This incredible study would have never happened if these four girls hadn’t pursued their “big idea” of reducing youth suicide.”

If you’re interested in partnering with students to help unleash their big idea, click here to learn more about our mentoring opportunity.